POWERLESS: HOW I ENDED UP IN DRUG REHAB AT DISCOVERY PLACE 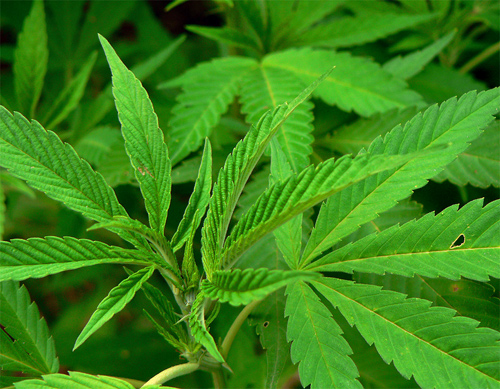 My initial exposure to the Twelve Steps of Alcoholics Anonymous was back in 1991 or so as a 28-day guest of a residential treatment center in Memphis, Tennessee; however, as an extremely marijuanaimmature young man a couple of years out of college, my commitment to clean and sober living did not really take. As it turned out, I was not nearly ready to fully admit to what turned out to be a very real powerlessness in my still-blooming relationship with alcohol and drugs.

What had been merely a reservation in my mind during my inpatient stay in Memphis — the idea that I was not like the other guests, that I’d merely been sowing my wild oats and hadn’t finished sowing them — evolved into more than just an idea… it was something I believed to be factual. In my roguish, self-centered, justifying mind, I backed that belief up with a clear memory of being told by some of those real addicts and alcoholics that the regular drinking, pot smoking, and assorted other drug taking that occurred in the years surrounding my college career were not matters for real concern. No, I was not an alcoholic or addict at all, I mused. I was sure of it: I had made a mountain out of a molehill! I was naive, I thought… had bitten too quickly on what turned out to be a commissioned sales pitch by a man in a fancy suit.

In any case, what had transpired up to my early twenties was certainly not enough to produce the sorts of harsh lessons that would follow.

cocaine ready to snortResult: I returned to the apartment I still shared with my drinking and pot-smoking buddies. Within two weeks I was back at it, starting with a joint and soon followed by vodka tonics and Long Island teas.

My twenties began with a roller coaster ride that clattered through promising auditing careers at KPMG (I quit after a lengthy coke and booze binge) and HCA (I was fired after calling in sick for too long), after which I ended up as a computer systems (IT) auditor working for the state of Tennessee. I settled in for over three years in the relative comfort and anonymity of a government job from which it was far more difficult to be fired than hired. Our frequent out-of-town audits were filled with liquor, hangovers, and mediocre work. I often walked to and from home during my ever-longer lunch breaks to smoke pot and drink. I sold pot and other drugs on the side; I rummaged for pills in all medicine cabinets I encountered, as I would for many more years. My riverside apartment in downtown Nashville was a hangout for many a using comrade those years.